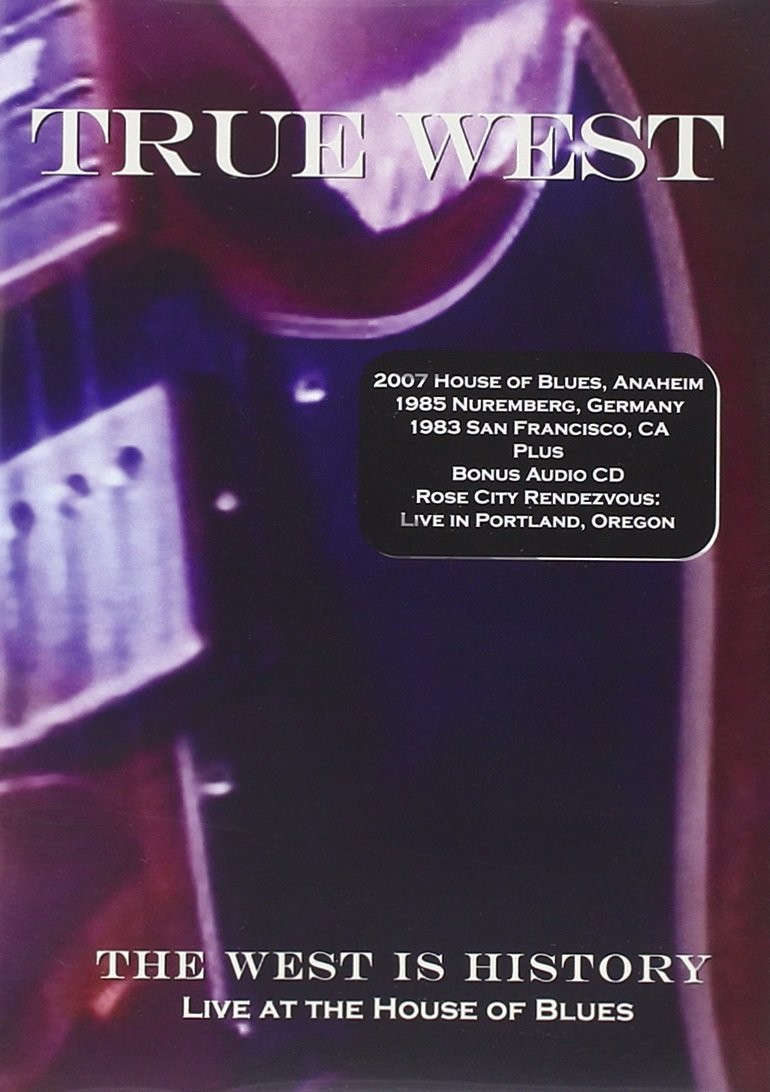 TRUE WEST - THE WEST IS HISTORY: LIVE AT THE HOUSE OF BLUES DVD + CD

Propelled by the dual guitars of Richard McGrath and Russ Tolman and the soaring vocals of Gavin Blair, True West recorded only three albums in their 1980s heyday, none of which successfully captured the raw onstage power of the band. In addition to a five camera multitrack audio shoot from a 2007 House of Blues reunion show, this set contains in their entirety two of the only three vintage True West shows known to have been videotaped. While only one camera, these shows still give us a glimpse at greatness! ALSO CONTAINS CD AUDIO BONUS DISC: ROSE CITY RENDEZVOUS LIVE IN PORTLAND.

Save this product for later